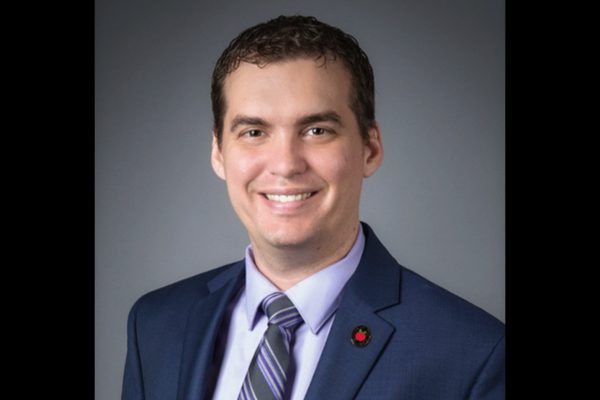 Kyle Dencker, who received both a bachelor’s in computer science and master’s degree in career and technical education from UCF, is a finalist for the 2019 Florida Teacher of the Year. In the 10 years he taught at Timber Creek High School, Dencker built a computer science program that supports over 360 students each year. He did not simply identify students already interested in computer science. Dencker also encouraged students from populations underrepresented in the field.

Ada Lovelace wrote the first computer program in 1843. In a 2016 College Board study, however, females only made up 22 percent of participants taking the high school Advanced Placement (AP) exam in computer science. Participation by students of color was only 13 percent. Early in his teaching career, Dencker recognized the disparities between white male students and girls and underrepresented minorities in his computer science classroom.

“I realized I needed to do more to make sure the culture in my computer science program was inclusive and all students felt welcome. I no longer depend on traditional lecture and lab methods, but instead, use inquiry-based learning.”

Dencker’s recruitment and teaching approach built confidence in students. Many launched STEM careers because of their foundation in computer science. Other former students pursued degrees directly related to computer science.

According to Erin Connors, mother of Dencker’s former student Elise Morton, “Mr. Dencker consistently reached out to groups of students underrepresented in computer science and STEM. He enthusiastically agreed to serve as the faculty sponsor for a brand-new chapter of Girls Who Code. The new club increased the number of girls interested in computer science, and while the regular programming team of 40 members typically had only three girls, the first meeting of Girls Who Code attracted 30. The girls gained confidence and experience leading the club meetings, with Mr. Dencker’s guidance and sponsorship, and successfully recruited other female students who never would have joined the regular programming team. He also strongly encouraged his female students to apply for recognition in computer science-related activities by the National Center for Women and Information Technology (NCWIT), sponsored by the National Science Foundation.” Just last month, 21 of Dencker’s female students were recognized regionally and three nationally for their work in computer science at an NCWIT Aspirations in Computing celebration hosted at UCF.