The research aims to understand how departments work together to produce more successful sustainability policy outcomes.
BY ALEXANDRA SHIMALLA  |  October 21, 2020 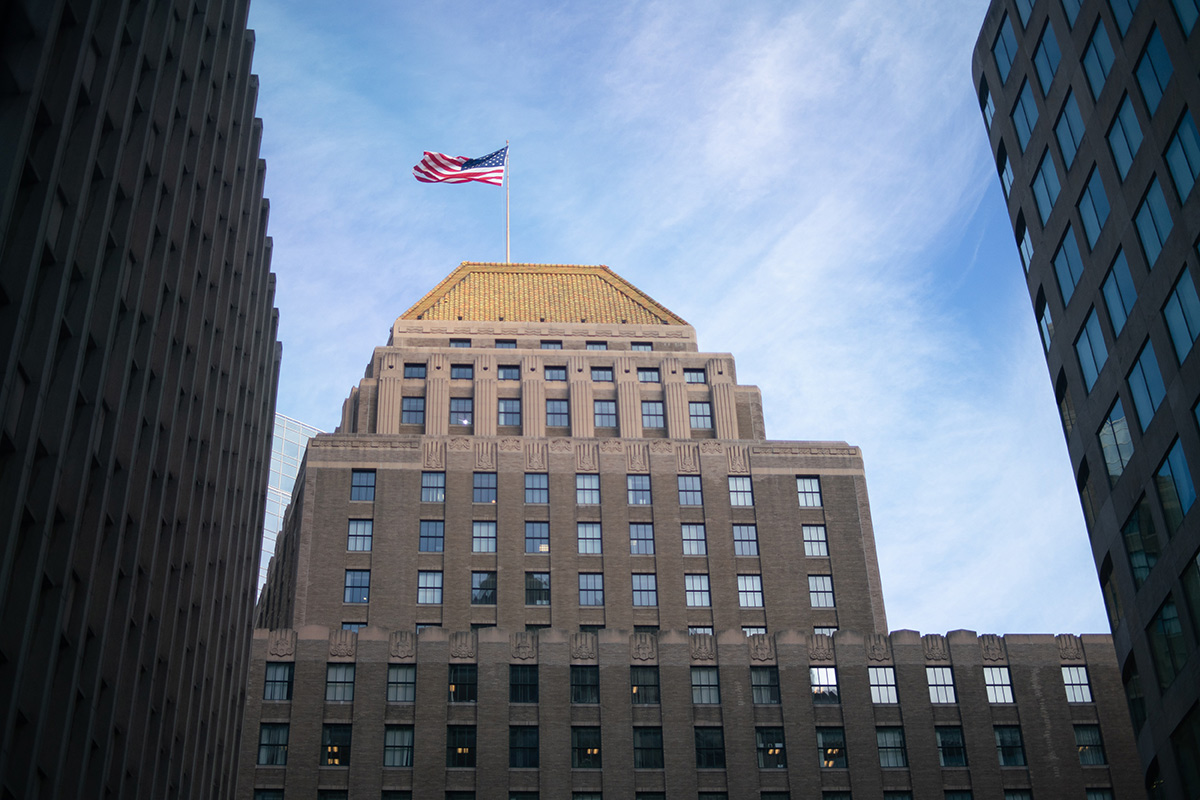 Christopher Hawkins, professor of public administration, will be working with a colleague from the University of Kansas. (Photo by Ben Mcleod on Unsplash)

Local governments offer a myriad of initiatives to support the needs of their communities. The challenge of launching and sustaining new policies is often tied to difficulties collaborating effectively.

This effort of coordination and communication within city government is what Christopher Hawkins, professor of public administration, will be researching with a colleague from the University of Kansas through a new grant.

The research project is titled Assessing the Impact of Lead Agency Cross-Functional Authority on City Sustainability Outcomes. UCF’s portion of the two-year National Science Foundation grant is over $100,000.

For this project, Hawkins and Rachel Krause, an associate professor in the School of Public Affairs and Administration at the University of Kansas, are extending the findings from a 2015 collaborative grant. They’ll be looking at the administrative units within city government who collaborate to produce policy changes and citywide initiatives, and seeing if that collaboration produces positive outcomes, explains Hawkins, who is the co-principal investigator.

The team will be using sustainability initiatives as a lens to view what they’re actually researching: functional collective action.

“There are different units responsible for core government functions, and each might have a role to play in advancing a sustainability agenda,” says Hawkins. “Sustainability is a way to illustrate the dynamics of functional collectives when different units — administratively separate — come together to advance and implement a citywide initiative.”

Functional collective action is how administrative units that are functionally fragmented within city government work together. This topic is actually what they researched in a previous grant, the findings of which paved the way for this year’s grant. “We were interested in the administrative mechanisms that bring units together to formulate policy and then collaboratively implement it,” says Hawkins.

For example, when a city implements a sustainability initiative, such as encouraging recycling or implementing bike friendly lanes, various units within the government would be involved: public works, building and zoning, communications, public waste. Hawkins and Krause are interested in how these disparate units work together, how they collaborate, to implement the sustainability initiative. Furthermore, if the new policy is implemented, how are these groups communicating?

The new grant will be taking the idea of influence and seeing how it relates to functional collective action. “We want to understand this concept of influence a bit more and how it affects collaboration within the city government,” says Hawkins.

Influence could be a staff member working in the department for a significant period of time, the expertise a person has in a certain area or the trust they have from their coworkers, explains Hawkins.

Sustainability is a way to illustrate the dynamics of functional collectives when different units — administratively separate — come together to advance and implement a citywide initiative.

“What’s interesting about this project is that we’re collecting data on outcomes. Do cities that collaborate internally and have administrative units or staff members with greater influence produce better outcomes? And if that doesn’t happen, does it have an impact on sustainability?” says Hawkins.

This year, the pair will conduct a series of focus groups with practitioners from across the country who manage sustainability initiatives in local government. From those focus groups, Hawkins and Krause will conduct multiple waves of nationwide surveys.

The project comes at the tail-end of an almost decade long partnership between Hawkins and Krause. The pair will gather their data from this grant and compare it to research conducted in 2010 and 2015. The final dataset panel will include a decade’s worth of research.

The data will be useful for scholars researching urban governance and organizational decision making as well as local government officials and other stakeholders who are interested in learning and adopting more effective sustainability efforts, explains Hawkins.

“There’s a very practice perspective for this project: How can city governments operate in way that is more integrated?” says Hawkins. “Different units working with each other and producing better outcomes will help everybody.”

Christopher Hawkins is a professor of public administration at the College of Community Innovation and Education. He has been at UCF since 2008. Hawkins’ primary research interest is looking at local governance. He studies urban policy, regional governance and institutions.