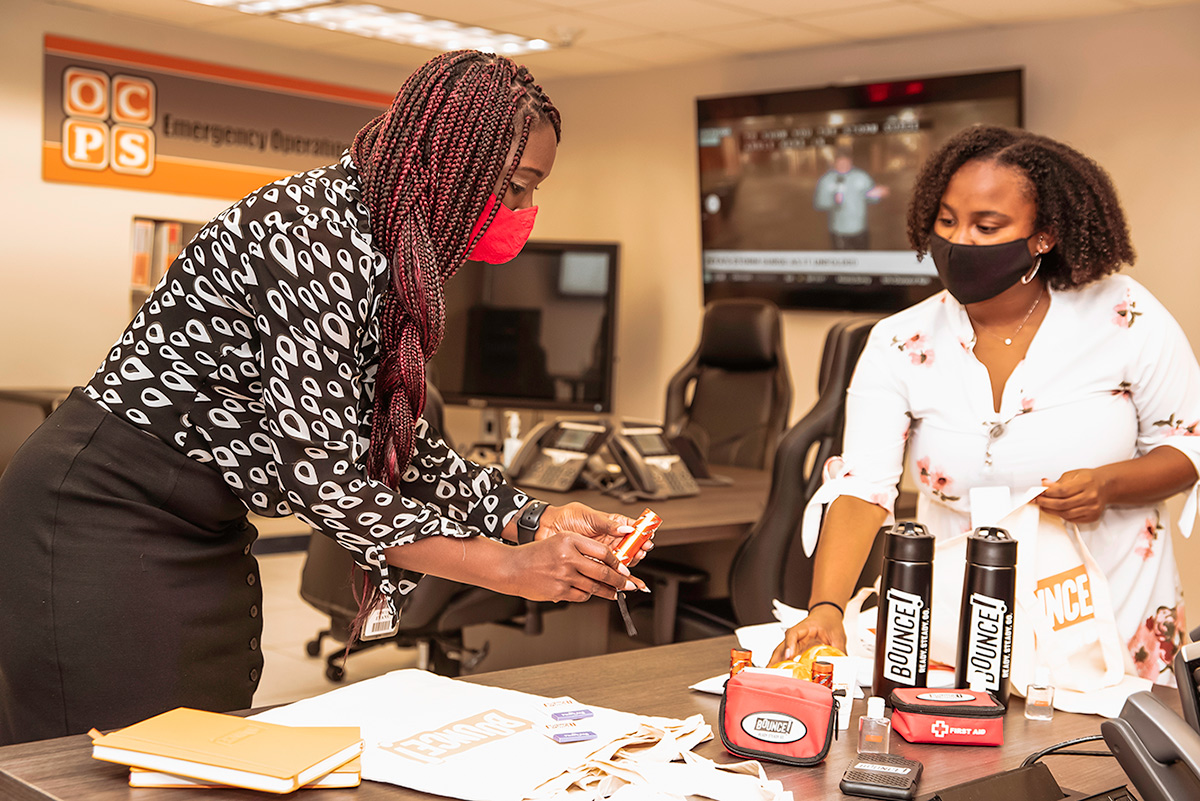 When Destini Johnson arrived to escort more than 60 elementary students to after-school care on February 14, 2018, the last thing she expected was to be alerted to an active assailant at Marjory Stoneman Douglas High School – less than two miles away. Johnson, a recreation aide for the City of Parkland at the time, was able to safely accompany the children to the city’s recreation center, but she says the uncertainty of the experience stuck with her and would ultimately play a big part in her career plans.

“There wasn’t really a plan. They trained us on first aid and how to manage conflict. While they’ve incorporated training now, they weren’t training us on how to respond to active shooters at the time,” Johnson recalls. From that moment, she knew her calling was to find a way to ensure that children are safe both on and off school grounds.

As a profession, emergency management has gained traction since September 11, 2001, but school safety was not at the forefront of priority for many school districts until the Sandy Hook Elementary School shooting in 2012, explains Nicholas Gerth, emergency preparedness administrator for Orange County Public Schools. Shortly after, many school districts began building internal emergency preparedness teams that would develop safety plans and ensure that students and administrators knew how to conduct themselves in emergency situations.

Now, Johnson is taking the skills she learned as an undergraduate student in the emergency management program and applying them as an emergency preparedness intern at Orange County Public Schools (OCPS), across the street from UCF Downtown.

The OCPS Safety and Emergency Management department supports more than 200 schools and the eighth largest school district in the nation. Not only are the interns assisting with projects ranging from family preparedness to updating the district’s emergency management plan, but they are also accompanying administrators to field visits where they can see those plans implemented in real time.

Johnson recalls one visit that gave her a firsthand look at how important emergency preparedness is. “We went to observe a fire drill, and there was one student who was really frightened because of the noise. He didn’t want to leave the building,” she explains. “Fortunately, it was just a drill, but it was really important to help the students and the school prepare to handle real situations.”

Crisis management at the school district looks much different compared to city or county emergency management operations, Gerth explains. The internship is designed to immerse students in the experience of how school districts navigate the uncertainty of emergencies. “Emergency management thrives on real-world experiences. For students to really be prepared to work in the field, it’s important that we move beyond the textbook,” says Gerth, who also oversees the internship program.

While the team works tirelessly to examine and plan for various crisis situations, the role of emergency management extends beyond the four walls of the schools and district office they support. “An educated public is one of the hallmarks of emergency management,” explains Gerth. Much of their time is dedicated to educating students, their guardians and school personnel on how to navigate unexpected situations as well as developing programs to ensure that they are prepared for and know how to respond to emergency situations, both on and off school grounds.

Johnson has worked on several family preparedness projects including creating family communication plans and designing materials for the district’s new safety initiatives, like the Bounce initiative, which begins in 2021 and emphasizes safety preparedness education. These areas have taken on even more importance as thousands of students continue to learn from home through the OCPS LaunchEd@Home program and Orange County Virtual School. Family communication plans provide quick access to important information such as emergency numbers, addresses, doctors and even family pet names, which can be useful to first responders and family members in emergency situations.

Johnson says the most rewarding part of her experience has been watching what she’s learned in the classroom come to life. “Assignments I’ve done in class are now projects that I’m working on for the school district,” she explains. “I’ve been able to move into this internship with confidence as a result.”