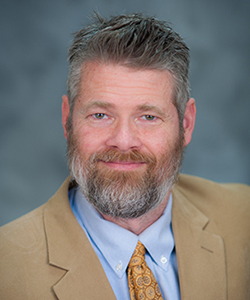 
James A. Beckman served as the inaugural chair of the Department of Legal Studies from 2011-2016 at the University of Central Florida, where he also held the tenured rank of Associate Professor.  In August 2016, he was promoted to Professor of Legal Studies, the first faculty member in Legal Studies at UCF to achieve that academic rank.  Additionally, before arrival at UCF, he previously served as a political science and law professor at the University of Tampa from 2000-2011. Beckman holds degrees from The University of Tampa, The Ohio State University & Georgetown University, and studied at Oxford University (England) in 1991. Prior to entering academia, Beckman was an active duty military lawyer (Army), serving on the Staff & Faculty of the United States Military Academy at West Point, as well as an active duty assignment at Fort Meade, Maryland. He also served as a litigation attorney for the United States Department of the Treasury in Washington, DC, after leaving active duty military service.

Professor Beckman's scholarship and publications include being the author or editor of seven books (four academic books; three popular non-academic books) and approximately sixty articles which have appeared in various academic journals, magazines, encyclopedias, books and newspapers.  Professor Beckman is currently under contract and co-authoring (with UCF Professor Eric Merriam) what will be Professor Beckman's eighth book, tentatively entitled Crimes Against the State: Sedition, Rebellion, and Civil Disobedience from America’s Founding to Today (ABC-CLIO, forthcoming 2023-2024).  Of the various book projects Professor Beckman has undertaken, three of the books have pertained to the legality and practice of affirmative action (in books published in 2004, 2006, and 2013), and two have pertained to United States national security and homeland security (one book published in 2007 and one forthcoming in 2023-2024). In recent years, Professor Beckman has also published law review articles in journals such as Boston College International and Comparative Law Review, Stetson Law Review, Florida International University Law Review, Cumberland Law Review, and the British Journal of American Legal Studies. In addition to his legal research and writing, Professor Beckman researched and published a diverse array of articles and essays pertaining to American history, including several articles on famous trials in American history.

Professor Beckman has chaired and led numerous faculty committees since joining UCF in 2011 and also served a term on the Faculty Senate.  Professor Beckman is also actively involved with the United States Harpers Ferry National Historical Park, serving as an elected member of the Board of Directors for the Harpers Ferry Park Association (2017-present), serving as the elected President of the Harpers Ferry Park Association Board of Directors (2019-present), and as a certified guide for the Park (2018-present).  In his capacity as a certified guide, Professor Beckman has given presentations and talks on the Park's rich history.  Professor Beckman also has researched and published numerous articles on the history surrounding the National Park, and has participated in multiple panels, invited talks, and book signings at the Park from 2009-present.  Professor Beckman was also selected as an Artist-in-Residence for the Park in 2001, which resulted in original and previously unpublished information pertaining to race relations, a subsequent published article on his findings, and several presentations.