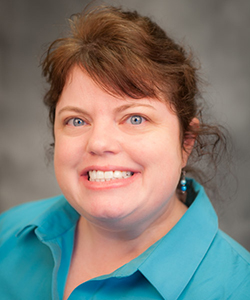 Meredith Robertson is an associate instructor in the School of Global Health Management and Informatics at the University of Central Florida, where she provides expertise in health insurance, community health and healthcare reform. Prior to joining the UCF community, Meredith worked for WellCare Health Plans in Tampa (WellCare is a Medicare and Medicaid managed care company). In this position, she was chiefly responsible for the company's public policy position development; advocacy strategies; federal regulatory monitoring, analysis and public comments; and educating departments and the senior executive team on exchange participation and healthcare reform.

Prior to joining WellCare, Meredith served as a technical director in the Children's Health Insurance Program division at the Centers for Medicare and Medicaid Services. She was at CMS for 10 years, focusing on analysis of the Medicare Current Beneficiary Survey, Medicaid and CHIP Policy, and oversight of state Medicaid family planning demonstration waivers. She also held positions at the Bureau of Labor Statistics, the Joint Economic Committee of the U.S. Congress and the American College of Obstetricians and Gynecologists.

Meredith and her husband, Donald live in Clermont with their two children Caroline and James.