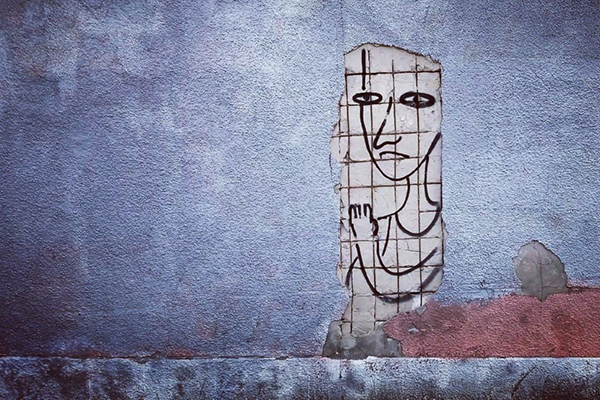 Inmates in the nation’s jails commit three times more suicides than in prisons. Undergraduate Megan Small researched what might cause this dramatic difference and found results that could influence the way we think about jail suicide and suicide risk.

Megan Small, who is pursuing undergraduate degrees in both criminal justice and psychology, presented “Towards a Contemporary Understanding of Suicide Risk in Local Jails” at the American Society of Criminology annual meeting. With guidance from Jill Viglione, assistant professor of criminal justice and advisor for Small’s undergraduate Directed Independent Research, she analyzed the data from surveys of 70 jail inmates that Viglione’s project team conducted in Texas between 2016 and 2017.

Small was surprised at what she found early on. “When I began my preliminary research on suicides within incarcerated populations, it was shocking to see how much higher suicide rates are in prisons than in the general population and that it was even higher in jails. I wanted to dig into what might cause this dramatic difference.”

In the nation’s jails, inmates commit three times more suicides than in prisons. Jails often house people who have never been in serious legal trouble before, and with that comes the ‘initial shock of confinement’ and a higher risk for suicide.

Small’s goal in her research was to provide updated information on studies conducted in 1986 and 2010 by Lindsay Hayes, a leader in research on suicide prevention within jails, prisons and juvenile facilities. In the 1986 study, Hayes found that half of all jail suicides occur within the first 24 hours of confinement. However, that changed in the 2010 study where Hayes found that 23 percent of suicides occurred in the first 24 hours, but an even higher 27 percent of suicides occurred between two and 14 days.

“That is a big change from what was understood in the field prior to 2010,” said Viglione.

With limited research in this area, Small, Viglione and another colleague set out to better understand this adjustment period. Small analyzed the data from Viglione’s project, which included surveys of inmates over the initial two-day period of bookings and the weeks after. They looked at reported suicides and whether jail inmates had a history of suicidal thoughts or if these thoughts were new to their experience. They also looked at the current thoughts of inmates. 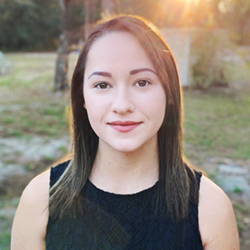 In support of her research, Megan Small was awarded funding from the UCF Office of Undergraduate Research and the UCF Student Government Association to attend and present at the American Society of Criminology annual meeting. She plans to extend her research on suicide risk in jails as she begins her undergraduate thesis in the spring.

Small’s analysis found that only three percent of the 70 inmates surveyed exhibited signs of suicide risk within the first 24 hours. Of those, only a small percentage reported that they believed they might engage in self-harm in the future. Small’s findings illustrate the need for additional research in those days and weeks after initial incarceration to better understand what may have increased suicide risk in jails over the years.

Based on these findings, Viglione says, “The first 24 hours are still important but it's also what happens to those individuals over a longer period of time of adjustment adapting to a jail setting. This study could influence the way we think about jail suicide and suicide risk.”

Small says she believes one of the biggest things that this kind of research can show is the importance of risk assessment. “This research suggests risk assessment beyond those first few days is important because many inmates start experiencing suicidal thoughts in those days and weeks after.”

When Small began her search for opportunities to research, she reached out in response to Viglione’s post on the UCF Undergraduate Research website about a zero-credit option for a Directed Independent Research study. Many students have reached out to Viglione who provides an assessment, like she might with a doctoral student, and asks about educational and career goals. After meeting with students, Viglione looks for ways to work their interests and goals into one of her existing research projects.

“Megan is self-motivated and driven. When she heard about the project I was working on, we met and she was off and running. She took her idea, carried it through and presented at a major international criminology conference.”

This past semester, Viglione developed the first undergraduate research-intensive designated course in the criminal justice department called ‘Community-based Corrections Research Intensive.’ “The course was similar to the independent research Megan and I worked on but in a classroom setting. The entire class was geared towards designing a research study, carrying out and presenting a full research paper. Now, students from the course are set up to do similar conference presentations or publish in a journal. It is an area students might look out for as we create more research-intensive courses at UCF.”

Small also took Viglione’s course and says she learned a lot in a short time about the research process in both the research intensive and her independent study. “For other students interested in undergraduate research, I would say go for what you want to do. I was ready to settle. As an undergraduate student, I thought my options for research were limited. But when I expressed interest in Dr. Viglione’s project, she basically handed me the entire interview packet and was like, decide what you want to do with it. I learned a lot about the process and this experience helped guide what research I want to do after I finish my undergraduate degrees.”

The Department of Criminal Justice at the University of Central Florida provides excellence in teaching, research and service. Dedicated to its students, the faculty delivers outstanding instruction at the undergraduate and graduate levels, incorporating learning, service and inquiry. The department also conducts quality research and pursues local, state and federal funding to advance knowledge in the discipline. By actively developing meaningful partnerships, it provides exemplary service to the university and the broader professional and academic community.