The game will also provide teachers with a way to understand their students’ learning processes.
BY ALEXANDRA SHIMALLA  | DECEMBER 8, 2020 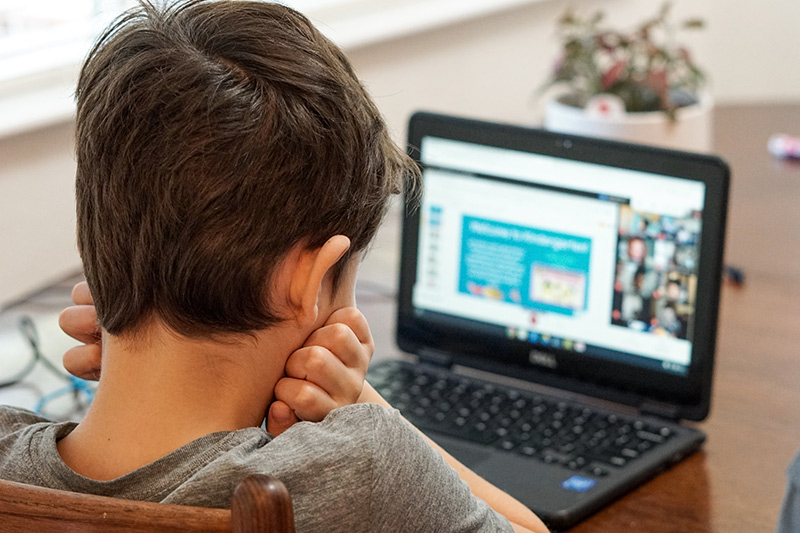 Students who participate in the ModelME grant’s video game will further their understanding of fractions and STEM careers. (Photo by Thomas Park on Unsplash)

Research shows that students with disabilities become disenfranchised with the idea of pursuing a career in a STEM-related field by the time they enter middle school, explains Matthew Marino, professor of exceptional student education.

There are several reasons for this, says Marino, from simply struggling with the content to being discouraged due to their disability, despite the fact that they might have the skills and ability to do the job well.

Marino, whose research often includes video game design, was approached by an alumna of UCF’s exceptional education doctoral program to participate in a grant that would help children with disabilities not only learn fractions but also be exposed to STEM careers. Jessica Hunt ‘06MA ‘11PhD, an associate professor of mathematics education and special education at North Carolina State University, wanted to build upon work from an earlier grant, but she needed help to create the video game element.

The curriculum Hunt devised as part of a National Science Foundation career grant documented the stages of how students with disabilities learn and work through fractions. “I wanted to increase engagement but also add universal design components as well as a stronger focus on the cognitive helpers, or prompts, to help kids think through problems. The best way to do that was to create a game,” says Hunt, the principal investigator

The Model Mathematics Education (ModelME) award is a three-year, $1.4 million grant from the National Science Foundation’s Innovative Technology Experiences for Students and Teachers competition. Marino and Michelle Taub, assistant professor of learning sciences, are the co-principal investigators working with UCF’s portion of the grant, which totals $670,000.

The team will create a web-based mathematics game to teach fractions to third- through fifth-grade students with disabilities in Florida and North Carolina. The game is designed to supplement the curriculum.  Students who receive small group math support will participate in the study.

Students will have the option of choosing from five different worlds: They can be a wind technician, solar specialist, fire inspector, photogrammetrist or a programmer. These particular careers were pulled from a list from the U.S. Bureau of Labor Statistics of the top 10 projected careers in STEM fields over the next decade. If a student chooses the solar specialist world, for example, they will have a series of fractions to combine to fill a solar panel cell. “You might have to take 2/3 of one piece and then find another way to make a third out of six, for example, then you put all those together to make the whole, which then becomes the solar panel that they can use to create power,” explains Marino. The game contains multiple levels, which get progressively harder. 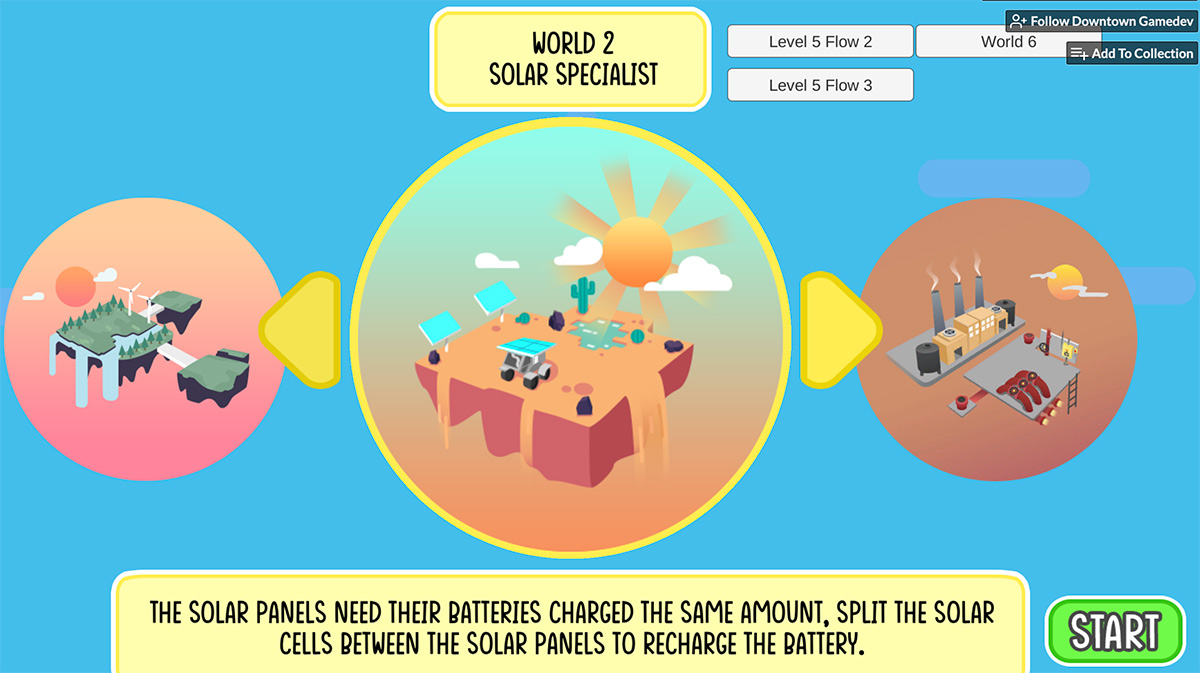 While Hunt provides the curriculum and mathematics-based instruction, Marino adds the video game creation expertise that utilizes the universal design for learning framework, which creates content and instruction that all students can benefit from. “It provides multiple levels of engagement, action and expression, and representation within the games we build,” says Marino. “For this game, we want to provide multiple pathways for the kids to access the curriculum.”

“We’re trying to provide students with an alternative way to do what they’re doing in school already,” says Marino. “We’re trying to make it fun and contextualize it within these different careers that these kids might not even consider if they didn’t have it in the game.”

The students play the video game to help solidify and understand the new concept of fractions. Then the teacher can log into the backend of the game and review the students’ progress as well as the choices they made while in the game. Taub will be leading the analytics aspect, helping teachers interpret the data of students’ results.

“What’s interesting and important to me is investigating the learning process. It’s not just did a student pass a level in the game, but how they passed it. What were the steps they took? It’s thinking about game performance as well as game process, so the learning process versus just how they did on a test,” says Taub.

Teachers will be able to review the class results as well as individual results. They’ll also be able to see the choices the students made within the game. For example, if a student got an answer wrong, did they try a different approach the next time, and if so, what was it? The game will provide greater insight into the intrinsic motivation and self-regulation of students, in addition to revealing their learning process to their teachers, which a traditional paper-pencil test often fails to show. Students will be given three attempts at each problem, after which a bunny will appear on the screen and ask if they’d like some help.

“Previous research I’ve conducted has shown that game performance is a better indicator of what kids actually know and can do than paper-and-pencil tests,” says Marino.

Taub echoes this by emphasizing the importance of self-regulated learning. If the data shows a student tried a question three times, but tried the same approach, they’re probably not trying to learn the material but rather get to the next level somehow. However, if the same student tried three different approaches, perhaps they’re really struggling with understanding the particular concept. “If we can show teachers how their students are playing this game, it can be a really valuable tool for them because sometimes students who don’t understand something don’t tell the teacher, but if there’s data showing how they’re playing this game and that they can’t pass a level, there’s probably a reason why,” says Taub.

The research team plans to complete the beta version of the game by the end of the year, at which point Marino anticipates the first round of students will be able to use it. Their feedback will help the team address any lingering issues with the game. Next year, the team will begin integrating the game into a curriculum and designing the protocol. Finally, in the third year, the pilot tests will occur.

Taub understands people’s hesitancies about technology in the classroom, the fears that they’re trying to replace teachers, but she argues that this isn’t the case. “This data from the game will help the teacher and give them another outlet for investigating how students are understanding a different concept.”

As for the students, it doesn’t take much encouragement for them to want to play a game, even if it’s a disguise for learning a new concept. “Games improve learning, but they also improve student motivation and engagement,” says Marino. “We want to enhance a student’s desire to want to learn, and we want them to want to pursue these STEM careers.”

Matthew Marino has been a faculty member at UCF since 2012. Marino’s research focuses on secondary students, especially individuals with disabilities who participate in STEM careers. His expertise is in video game design for children with disabilities using the universal design for learning framework. Marino holds a doctorate in special education from the University of Connecticut. Marino is part of UCF’s Learning Sciences Cluster, which he says was the impetus for them to participate in this project.

Michelle Taub joined the College of Community Innovation and Education in 2018. Taub’s primary research interest is using multimodal data to examine learning with advanced learning technologies, such as video games or intelligent tutoring systems. She’s interested in how both humans and machines learn. Taub earned her doctorate in psychology from North Carolina State University. Taub is also part of the UCF Learning Science Cluster.