Naim Kapucu will travel to Australia to teach and conduct research on urban resilience to disasters.
BY AMY FLOYD  |  JULY 8, 2021 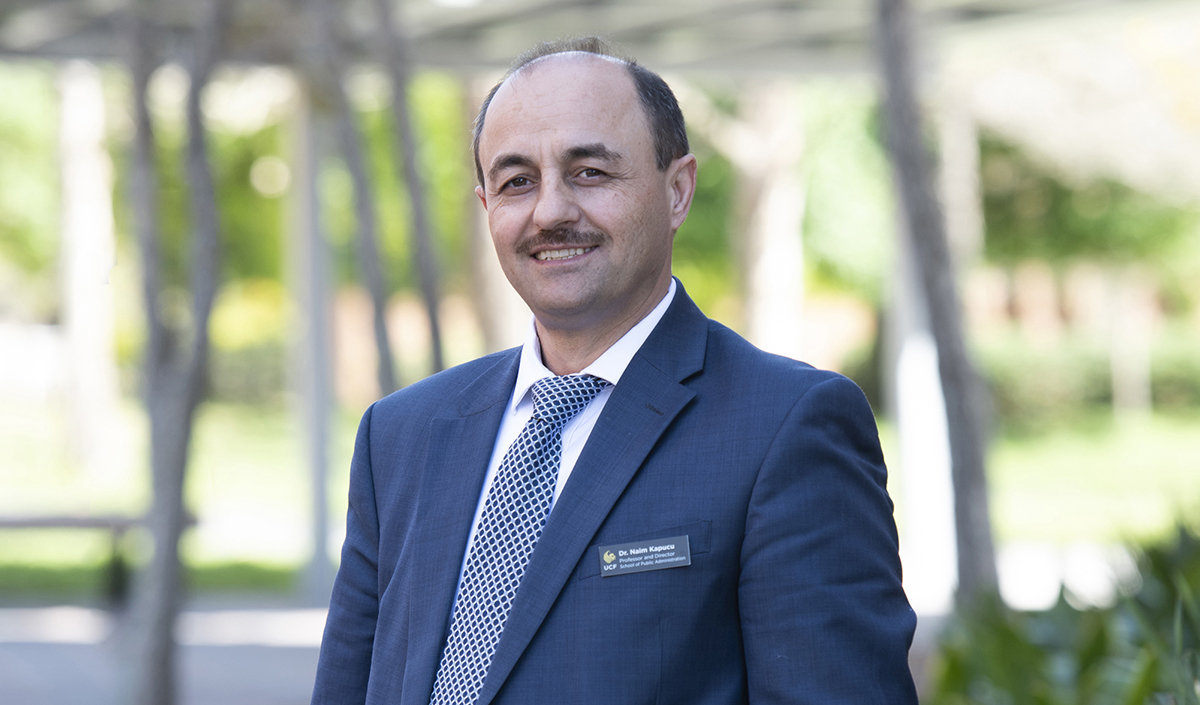 Kapucu will focus his research in Australia on the ability of cities to respond to and recover from disasters. (Photo by Amy Floyd)

Kapucu will focus his research on improving the building blocks of urban resilience — the ability of cities to respond to and recover from disasters. Additionally, he will look at the role and impact of network governance in building urban resilience. According to Kapucu, network governance is the collective effort to build resilience by working with key stakeholders, like various levels of government, individuals, and private, nonprofit and community-based organizations. Along with examining collaborations, he will share his scholarship, lecture and build meaningful international partnerships, with the chance to visit other universities and communities during his time in Australia.

“Research on urban resilience can give insight into complex ideas surrounding sustainability and vulnerability,” says Kapucu. “This is important, as urban areas today face a range of crises, both natural and man-made. From rapid population growth to climate change to political instability and public health issues, cities face amplified challenges unlike any they have managed before.”

Kapucu says policymakers and researchers are beginning to embrace urban resilience to enhance their communities’ ability to bounce back, adapt and continue to function in the face of disasters. “A textbook example for the need for urban resilience was the winter storm in Texas in February this year. City infrastructures are lifelines for communities and are interconnected. Due to unexpected freezing temperatures and aging water and power systems, the water pipes burst and the power went out. Along with the impact of climate change, like more extreme temperatures, we might see how a crisis in one sector or area of public interest can lead to a crisis in another. COVID-19 is another example, as its impacts on various systems were felt across the world.”

Research on urban resilience can give insight into complex ideas surrounding sustainability and vulnerability. This is important, as urban areas today face a range of crises, both natural and man-made.

Connectedness impacts how resilient a city is during and after a crisis, says Kapucu. “It's not alarming that we will see crises or disasters. However, we want to find ways to effectively address those issues through connectedness at the infrastructure, community, and institutional levels before urban systems are shocked and stressed.”

Through his research, Kapucu plans on offering practical strategies on partnerships, stakeholder engagement and inclusive decision making for urban resilience, both abroad and locally. Orlando and Adelaide (home to both Australian host institutions) will provide opportunities to compare resilience initiatives in the U.S. and Australia, looking at the response to crises like wildfires in Adelaide and hurricanes in Orlando.

Kapucu says network governance can shape communities of practice. “When I return, I look forward to continuing partnerships with our neighbors in Orlando and sharing strategies to strengthen connectedness, learn from others, and build the capacity for collective action for urban resilience to disasters.”

Kapucu received his Ph.D. in public and international affairs from the University of Pittsburgh. He served as the director of the UCF School of Public Administration for five years and was the inaugural founder of the UCF Center for Public and Nonprofit Management. Additionally, Kapucu holds a joint appointment with UCF’s Resilient, Intelligent and Sustainable Energy Systems cluster.