Four two-person teams competed at the national tournament, with one of them placing in the top 16 in the nation. 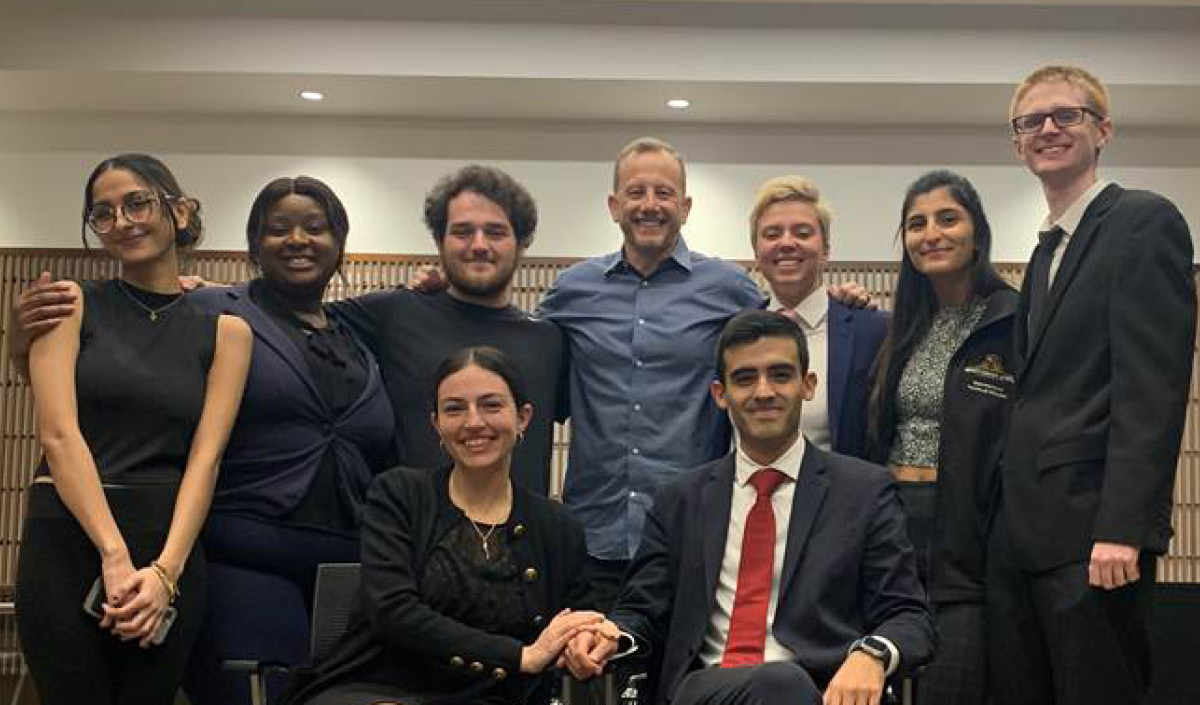 UCF Moot Court teams had a strong showing at the American Moot Court Association’s National Championship Tournament, with one breaking into the top 16 nationwide.

Four two-person teams from UCF qualified to compete in the national championship tournament January 21-23, which was held virtually. Three of the four teams made it to the elimination rounds on the second day of competition.

UCF Moot Court members Ariana Landi and Jan Soto earned the honor of being among the top 16 teams in the nation. Moot court members participate in a simulated court hearing on complex constitutional issues, which they research and analyze before presenting an oral argument.

Eric Merriam, associate professor in the College of Community Innovation and Education’s Department of Legal Studies and the College of Sciences’ School of Politics, Security and International Affairs, is the head coach for UCF Moot Court. Merriam says he is proud of the students’ performance at the tournament, which comprised many tough competitors.

“We have won and had all-UCF finals in regional tournaments and invitational tournaments, but at the actual national championship tournament, making it to the top 16 is the furthest a UCF team has gone,” Merriam says.

He added that having four teams compete at the national tournament is the most UCF has ever had, crediting the students’ effort and diligence as the main factors contributing to their success.

Considering the quality of the competition that they’re beating, it’s the best of the best."

“None of the teams that made it to the national championships did so without significant effort,” Merriam says. “From top to bottom, the team effort this year was incredible. I'm proud of their competitive success, but more than that, I’m proud of the effort they all put into it. After the new season’s issue gets announced on May 1, summer preparation is almost entirely student driven. Faculty and coaches start participating from late summer into the season, so our students were working hard last summer without a faculty member or attorney looking over their shoulder.”

The briefs – roughly 30 pages long – are written arguments reflecting the issues to be decided by the court. Teams are judged based on their own research and originality of thought.

“These are complicated, sophisticated arguments, there are a lot of very specific requirements that the briefs have to meet, and teams get disqualified if they don't meet those requirements,” Merriam says.

He added that in the brief-writing competition, the American Moot Court Association prohibits students from receiving help from anyone in preparing their briefs.

“In teaching the course, we do talk about briefs and what's important and how you prepare them,” Merriam says. “With, the actual brief that they submit for competition, I have not seen it beforehand, and I'm not allowed to give students any feedback before they submit it. It’s a really independent student activity.”

With the national tournament behind them, Merriam and UCF Moot Court members anticipate discovering their new American Moot Court Association program rank within the next few months. The organization uses an algorithm that combines each program’s oral advocacy and brief-writing scores, which then determine its rank. Last year, UCF ranked 10th overall.

“Considering the quality of the competition that they’re beating, it’s the best of the best,” Merriam says. “They’re really making UCF proud.”