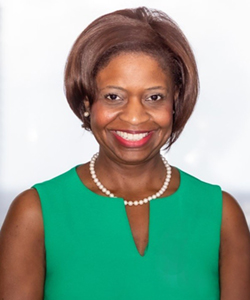 Dr. Bartee is the author or editor of four books, the editor of a book series and the author or coauthor of numerous academic publications on educational leadership, cultural and social capital, and educational and social attainment. In July 2012, Dr. Bartee became the first African American to receive Tenure and Promotion to Professor in the Department of Leadership and Counselor Education at the University of Mississippi.  Dr. Bartee has been recognized as one of the recipients of the Mississippi’s Institutions of Higher Learning Excellence in Diversity Award, Mississippi’s Education Policy Fellows, Mississippi’s Top 40 Under 40, Distinguished Alumni from the College of Education at the University of Illinois at Urbana-Champaign, Who’s Who in Black Mississippi, Who’s Who of American Women, Who's Who Among Executives and Professionals, and Who’s Who in America.  Dr. Bartee has successfully led program accreditation and restructuring efforts, garnered financial awards from major higher education organizations and foundations to support degree completion and institutional advancement efforts. and served as a program evaluator and grant reviewer for federal, philanthropic, and related student and school success for K-12 and higher education initiatives.

Dr. Bartee is a member of the American Educational Research Association (AERA), charter task force member with the Boys and Girls Club of America, a Board of Examiners Member for the National Council for Accreditation of Teacher Education (NCATE; now the Council for the Accreditation of Educator Preparation), and former Chair of the Commission on the Status of Women at the University of Mississippi.  A recipient of the Research Award of the Year at the School of Education at the University of Mississippi, Dr. Bartee is also a former Institute of Governmental Affairs Program Fellow (IGAP) at the University of Illinois at Urbana-Champaign and has previously interned with the Office of Civil Rights at the United States Department of Education and the White House.  Other recognitions include Commendation from the office of the Mayor of Coldwater, MS, a Presidential Citation from Tougaloo College in Jackson, MS and former member of Leadership Lafayette.  Dr. Bartee has further served as Director of the National Educational Policy Forum, one of the activities adjoining the 2008 Presidential Debate at the University of Mississippi, which convened nationally-recognized educational researchers and public policy advocates. A recipient of additional awards and honors and a motivational speaker, Dr. Bartee serves as President and CEO of Academic Pathways, Incorporated, an educational consulting organization focusing on K-12 and higher education.  Dr. Bartee is a member of The Links, Incorporated, Alpha Kappa Alpha Sorority, Incorporated and she engages further in civic, religious, and community endeavors.

Dr. Bartee received a Doctor of Philosophy in Educational Policy Studies from the University of Illinois at Urbana-Champaign, a Master of Arts in Liberal Studies from Northwestern University in Evanston, Illinois and a Bachelor of Arts in English from Tougaloo College in Jackson, Mississippi.