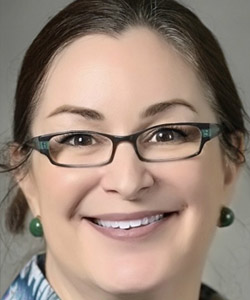 Geraldine Gallagher, Ph.D., CFRE, is an adjunct instructor who has taught resource development for nonprofit organizations and fundraising as a profession.
She has served as Valencia College Foundation president and CEO since 2001. She supports the work of a 50-member volunteer board and has facilitated private giving of more than $65 million.

During her tenure as Valencia’s professional fundraiser, the foundation disbursed $49 million and more than quintupled net assets to $104 million; she hired the foundation’s first development team of four professionals in 2017. CASE named Valencia Foundation to its unsolicited Circle of Excellence in Fundraising. Valencia has ranked among the top two two-year endowments for 17 years. It is benchmarked annually as one of CASE IRF’s Top Ten Community College Foundations. Geraldine was named AFP Professional Fundraiser of the Year.

Geraldine’s 30-plus years of experience include a decade at North Harris College in Houston, serving as chief development and marketing officer. She also spent a decade in magazine journalism and has published more than 1,500 articles. She earned degrees in journalism and education from Northwestern University and attained CFRE (Certified Fund Raising Executive) certification in 2000. Her Ph.D. dissertation focused on the dynamics that inspire transformational gifts to community colleges.

She volunteers as a local board leader for IDignity and the University of Central Florida’s Nonprofit Management program and served for nearly 15 years on the boards of Big Brothers Big Sisters, NCMPR and AFP, as well as a local stint with WMFE. She served on the CASE IRF advisory board and is part of the CASE Community College Advancement Center’s national leadership team.