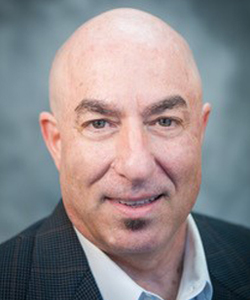 Dr. Levey has served in numerous capacities in the public and private sector throughout his lengthy career in Florida. He had an accomplished career with the City of Orlando, first serving as City Planning Bureau Chief from 1986 thru 1992. He ultimately served as the City’s Chief Administrative Officer (CAO) where he directed the day-to-day operations of Orlando’s full-service municipal government. His leadership resulted in numerous economic development initiatives transforming the City’s employment profile and expanding its tax base.

He joined the Tavistock Group in 2007 as Vice President of Lake Nona Property Holdings, LLC where he managed Lake Nona’s master planning, entitlements, community design, governmental relations, environmental permitting, development permitting, asset management and community governance programs. He was primarily responsible for the re-design of the master plan to incorporate the ‘Medical City’ concept and to instill the design principles sustainability and healthy living into the development program. He assisted the company in positioning itself in attracting new employment in all sectors, including healthcare, biotech, and medical education.

He has an elaborate public sector network in the state of Florida through his involvement as a Board Member of the Sunshine State Governmental Finance Commission, and participation in Leadership Florida and Leadership Orlando. Mr. Levey is a graduate of the Program for Senior Executives in State and Local Government at the Kennedy School of Government at Harvard University. He has lectured at numerous state and national conferences and is an Adjunct Instructor with the School of Public Administration at the University of Central Florida.